The Bip is the layman’s Apple Watch. At just $99 / £70 (around AU$99) the Bip offers plenty of reason to invest, but none greater than its excellent battery life. 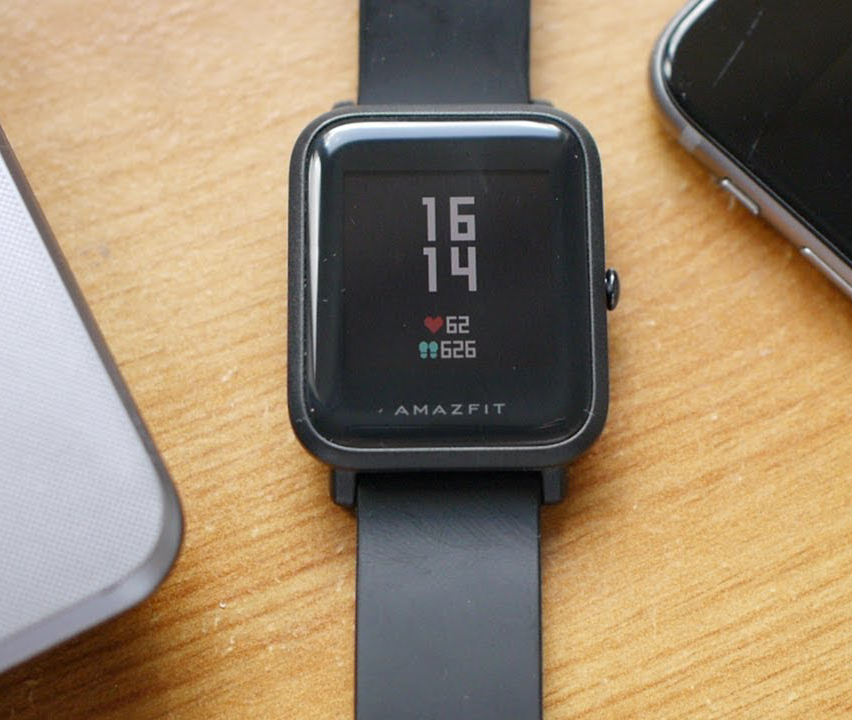 A good fitness tracker doesn’t need to look like the Apple Watch 5 in order to succeed, but it sure helps. The Amazfit Bip is a head-turning wearable that, even once you learn that it isn’t an Apple Watch, is still worth your attention.

For $79 or £62, the Amazfit Bip is a competent fitness tracker that is said to last longer than 30 days on a single charge. If you’re after a simple wearable that can push notifications from your smartphone, wake you up with a dedicated alarm, and track your workouts with built-in GPS, and more, the Bip makes a strong case for itself.

It’s not the most robust offering, and while it certainly can’t compete with the rich, interactive experience provided by watchOS 6 or Wear OS (or even Samsung's Tizen OS), you’ll likely be impressed with just how much $79 / £62 can get you.

The Amazfit Bip is out now in the US and UK for $99 or £69.99 (around AU$99) and is readily available on the company’s website, as well as well-traveled web destinations like Amazon.

As Amazfit is a brand within Huami, which supplies wearables under the Xiaomi umbrella, distribution across the globe is a bit murky at the moment. It launched in the US in early 2018 and then came to the UK a couple of months later, while we hope to hear about it arriving in Australia in the future.

We’ve already touched on the highlights of the Bip’s design. It looks like an Apple Watch. But upon closer inspection, a closer parallel might be something more like the Pebble Time.

Built with a matte-textured plastic chassis, the Bip transitions nicely into a slightly curved slate of Corning Gorilla Glass on top of its colored, pixelated display.

Moving around the tracker’s interface is done on the touchscreen, but waking it with the side button is mandatory. This design choice might seem like an annoyance, though it’s defensible when you realize how easy it can be to accidentally swipe the screen when you’re working out.

Speaking more on the glossy button on its side, clicking it triggers an animation to wipe across the screen, indicating that you’ve woken it. The built-in settings allow you to designate a task that launches when you press and hold the button. Things like outdoor running, cycling, treadmill, or walking are the only options available now, but the list could grow in the future.

Once the Bip is unlocked, you have free access to slide your finger around, each direction venturing into different features. Sliding down reveals your connection status, battery level, and lets you toggle a “do not disturb” mode that disables notifications of any kind. Swiping up shows you various notifications that have come through your phone, like text messages or alerts for Twitter.

Nothing happens when you slide from the right side, but moving left reveals one of seven tiles, which can be rearranged in the Mi Fit companion app. Here, you’ll find the Status section, giving you a deep dive on steps taken, heart rate, distance traveled, etc. Some of the built-in watch faces (like the one prominently pictured in this review) reveal this info without any interaction whatsoever, so your use may vary for this view.

Following Status, there are pages dedicated to Activity, Weather, Alarm, Timer, Compass and Settings. We’ll drill into the Activity section later on, but each of the others are pretty predictable, though accessible, in their execution.

Depending on the wearable, judging performance differs quite a bit. If it’s an Apple Watch or a Wear OS smartwatch, we analyze its multitasking abilities to ensure that it delivers the rich experience to justify their high prices. But for something like the $99 / £70 Bip, expectations are a bit lower by comparison.

Even so, Amazfit isn’t shy about talking up this fitness tracker’s greatest asset, the battery life. Let’s get it out of the way: it delivers, and then some. In a market wherein the Samsung Gear Fit 2 can only last around three days (a still-impressive number) with a few GPS-reliant activities under its belt, the Bip is on a whole other level. Advertised to last past the 30-day mark under normal use with its tiny 190mAh battery, and up to 45 days with minimal notifications.

During our testing, which is near the end of its second week, we’ve only been able to knock it down to 36% battery remaining. This is after an extensive series of activities that utilized the built-in GPS and heart rate sensor several times per day, and being a non-stop siphon for our smartphone notifications.

Speaking of notifications, don’t expect rich, actionable notifications here. Unlike watchOS or Wear OS, you can’t do anything with texts, Twitter alerts or phone calls beyond reading the contents should you receive them. The Bip simply acts to remind you that you need to pick up your phone, then handle the rest there

Moving onto the companion app, Mi Fit, that’s available for iOS and Android, it’s surprisingly good. It’s operated by Xiaomi and setting up the Bip is simple, though syncing with the app can take a little too long – about a minute at times, depending on when you last synced up with it. If the wearable were piping metrics to the app constantly, the battery would probably not be so amazing, so that’s a hit we’re willing to take here.

Otherwise, the app offers a robust look at what you’ve accomplished on the Bip, something that this wearable can’t do well on its own.

The Amazfit Bip is built for those who want a wearable that can handle a lot, whether it consists of trudging through the elements with you on a tough run, or just staying alive for days on end without needing to be recharged. Thankfully, it excels at both of those things, though it isn’t the absolute best option if you’re looking for the most amount of activity support.

At a similar price point, affordable Wear OS watches equipped with Google Fit support more activities, as do options like the Fitbit Charge 2 and Samsung Gear Fit 2. From an activity tracking perspective, the Bip is sorely lacking in swim tracking capabilities despite its IP68 waterproof rating – something that the Samsung Gear FIt 2 Pro handles just about the best of any smart tracker that we’ve tested thus far.

The Amazfit Bip’s list of abilities could expand with future updates but even at this price, it offers a decent amount of options. If you enjoy walking, biking or running outdoors, it comes with built-in GPS to map your progress, as well as accelerometer, barometer and compass, to track your pace and altitude. Otherwise, the only other trackable option is the treadmill.

We’ve tracked numerous outdoor workouts with the Bip, and in our experience, finding a GPS signal takes a bit of time – about 15-20 seconds based on the density of your location. The NYC skyscrapers could have elongated the search, whereas scanning in a rural area might have quickened things up a bit.

After each workout, we checked our progress on the Mi Fit app, which is one of the better tracking apps in terms of how far your can drill down into your metrics. While your GPS-tracked routes are way too difficult to find, it’s dizzying how many bits are tracked, and fun to see how Xiaomi spins them. When it comes to sleep tracking, which the Bip does well, I enjoy knowing that I get more deep sleep than 88% of others in my city, according to data gathered from anonymous users who use the app.

When it comes to picking out the right fitness tracker for your needs, it’s certainly a challenge. There are so many competing models to select between, but there’s one very positive change happening, as the Bip further makes obvious: high-end features like GPS and waterproofing are coming to cheaper devices.

The Bip certainly looks the part, and so long as your needs aren’t too steep from a fitness perspective, it should make you quite happy with accurate heart-rate sensing and sleep tracking.

The Amazfit Bip is for someone who wants a fitness tracker that looks like an Apple Watch, but doesn’t want to pay Apple prices. Digging beyond surface level observations, the Bip is an excellent match with those who appreciate amazing battery life and a ton of features loaded into a small, affordable package.

Should you buy it?

There are more appealing fitness trackers out there if you’re looking for a media and notification-savvy option. The Samsung Gear Fit 2 Pro, for example, offers a curved AMOLED display with support for offline Spotify streaming. Sure, the battery life pales in comparison, but if you have the money, bigger and better features lie just beyond the Bip’s asking price.

That being said, the Bip is nevertheless an impressive offering from a relatively unknown company. It’s smart, comfortable, capable, and best of all, it’s a cheap way to get into effective fitness tracking

Leak suggests the Xiaomi Mi Band 5 could be a cheap, feature-packed Fitbit rival

Best fitness tracker 2020: the top 10 activity bands on the planet

Xiaomi Mi Band 5: what we want to see

Xiaomi Mi Band 4 vs Mi Band 3: which affordable tracker is for you?